I knew what I wanted to do since the time I was sixteen. I had always felt God called me to work with the special needs population. My desire never wavered, even when my friends were indecisively changing their college majors. Following college graduation, a career began that spanned decades. I found myself in a small town in the mountains of Tennessee, the suburbs, the inner city, and now the rural farmlands of the Mid-west. I’ve witnessed poverty up close, seen what drugs and alcohol can do a family, and became hardened by working in an area known for drive by shootings. I’ve also been privileged to see smiles, watch children grow, and go on to live fulfilling lives. Teaching is, and always has been, more than just a job.

I never did go back home to Maryland. My parents divorced when I was nineteen and the house was sold. The road to home became someone elses. My mom and sister moved to Tennessee, where I lived. Through those years, I found out that home isn’t a building. Home is where I am, with those I love.

When I turned twenty-four I married a man that was a Tennessee native. A few years later we had a son. Time passed and my husband was diagnosed. The doctor’s words were both surreal and scary. A little over a year later, I watched my young husband laid in the ground. It was a damp gray day in early November. The tears escaped from eyes squeezed shut from the scene in front of me. Death is hard and jagged. It cuts deep. Even though the marriage wasn’t perfect, the finality of my husband’s death wore heavy on my heart. I remember looking down at the grave site and seeing the sweet soft hand of my five year old son enveloped in my own reminding me of the preciousness of life. We would be okay.

God is good. He always is, even when we don’t feel His goodness, or acknowledge it. Our lack of understanding does not change Him. 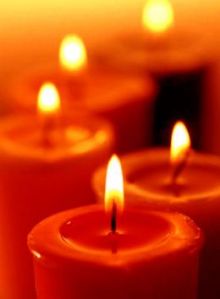 One thought on “The Next Chapter Of My Story”